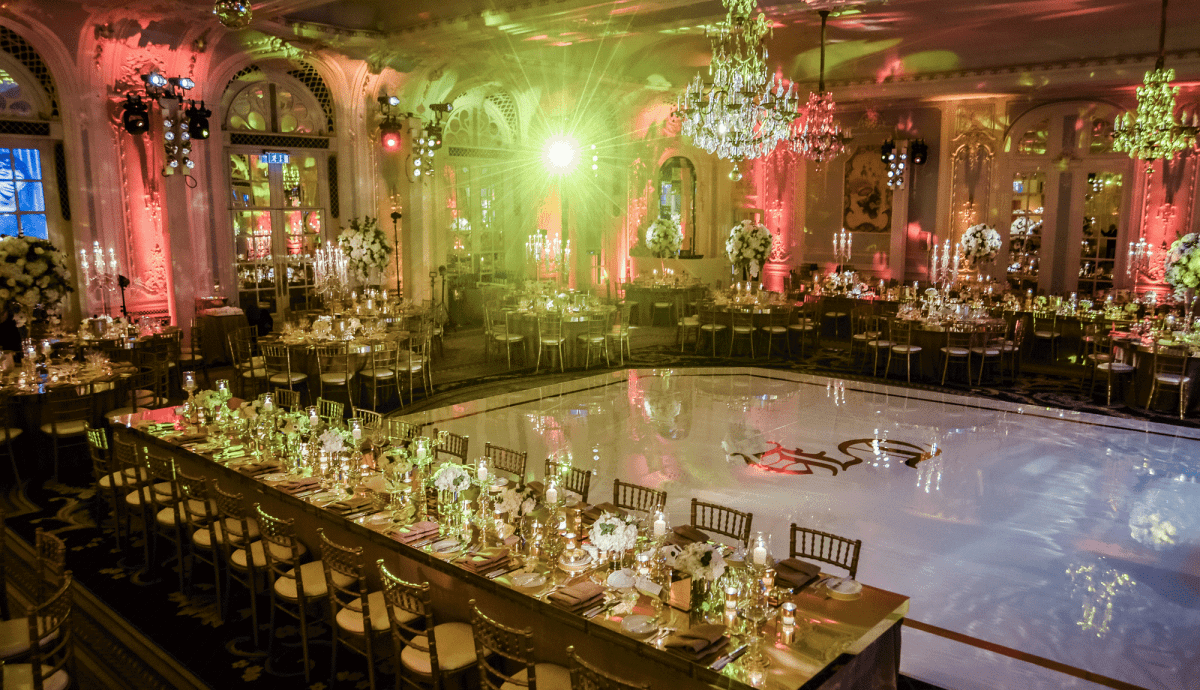 Stunning Barmitzvah at the Savoy

The Venue
The Savoy Hotel

The Brief
To enhance the already beautiful ballroom into something even more stunning and elegant than ever seen before.  As this event was for an industry professional we needed to pull out all the stops and ensure that this room had the wow factor. Due to the large number of guests at this event, we also had the challenge of turning a smaller room adjacent to the ballroom, which is normally used for storing boxes and crew eating their outmess, into something really special for the barmitzvah boy and his friends.

The Party
On arrival, guests were greeted by the cool sounds of a sax player, a magnificent reception of both hot and cold canapés, a sushi bar, a step and repeat board for the family to have welcome photos with their guests and a glitter/UV tattoo bar.

We also provided our alternative to the wandering magician, an amazing pickpocket “Keith The Thief”. Keith is a total genius who chats to guests, introducing himself as a thief and says that he is about to rob you. After 10 minutes, when the guests think they have got away with it, he suddenly pulls out from his back pocket, their watch, mobile phone, or even their tie!

On entry to the ballroom, the guests were wowed by the golden glow of stunning gold mirrored tables and magnificent floral table centres. A huge 9m-long LED screen depicting a picture of the barmitzvah boy was one of the main features of the room and throughout the dancing, had various creative dance visuals and a few funny pictures of the barmitzvah  boy during some of the speeches.

The barmitzvah boy made his grand entrance on a gold velvet Indian wedding chair, held up by some of his elder brother’s friends and was surrounded by friends and family who then danced the traditional Israeli dances to commemorate and celebrate the barmitzvah.

One of the most fun tasks on the night was to create a unique area for the barmitzvah boy and his friends, and being a massive Liverpool fan, we created the “Liverpool Lounge”. This room was almost like a “man cave”, with sofas, cushions, virtual reality and other fun games to play on, all with a Liverpool theme, framed football shirts adorned the walls around the room and there was a huge backdrop with the words to the famous “You’ll Never Walk Alone” for anyone who wanted, to have their picture taken.  We also provided 2 food stations, dessert buffet and a bar area.

There were various highlights during the night which included an amazing Israeli accapella group, who sung all the traditional favourites, but with a modern twist.   They then went on to accompany a family friend to do Grace After Meals like it has never been sung before.

The sign of a good party is always a full dance floor at midnight, which was the official time for carriages, but the party continued for at least another half an hour before anyone looked at their watches.

On the way out, guests were given coffee and cookies as well as specially designed merchandise of hoodies, baseball caps and gift bags.