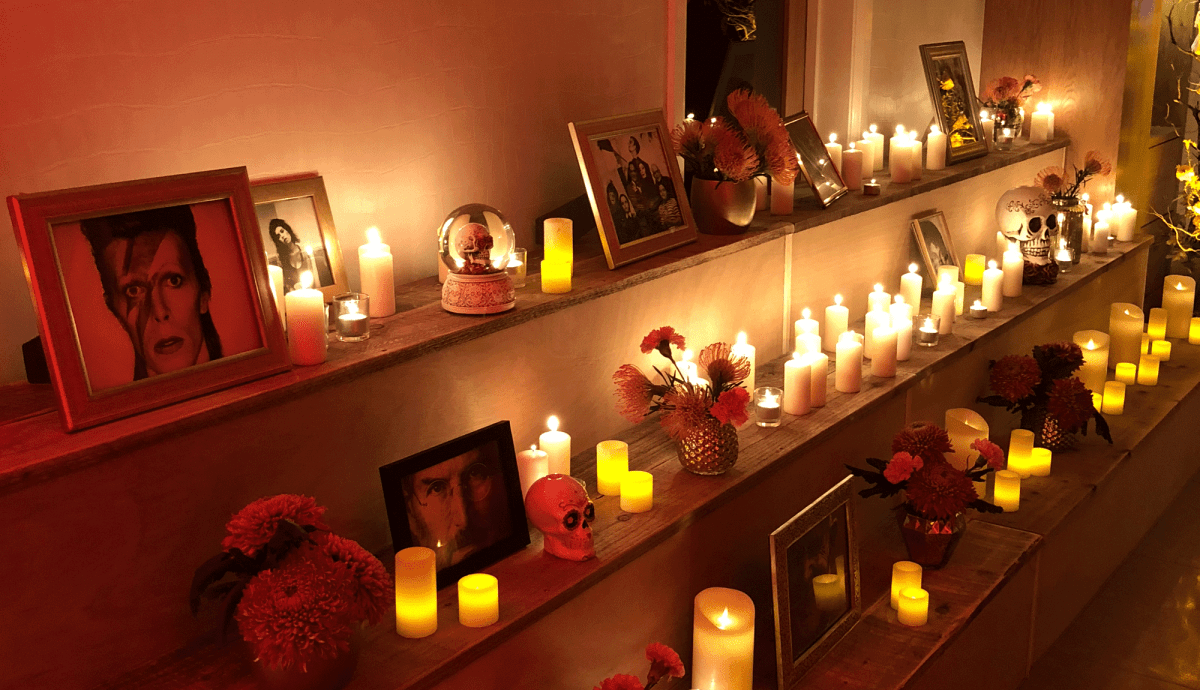 Day of the Dead themed event

The Venue
Marquee at client’s home

The Brief
To transform the client’s home into a ‘Day of The Dead’ themed Halloween party.

The Party
From the minute guests walked into this party, the theme quite literally hit them like a burst of flames, created by a walkway using wooden steps either side of the corridor which we filled with around 300 burning candles, bright orange marigolds and a shrine featuring photo frames of celebrities who have passed. Before entering the marquee, we built a flower arch inter-twined with this walkway full of marigolds and day of the dead dolls/skulls which created a wow factor straight away. All staff working on the night also had sugar skull face paint as the client’s wanted absolutely everyone in fancy dress!

In the marquee, we really wanted to bring the theme to life and decided that the black walls and ceiling needed the colourful nature of ‘Day of The Dead’ sugar skulls to do this. We used this to create bespoke furniture, a bespoke DJ Booth and lastly a bespoke bar which we also made another alter/shrine back bar for, full of candles, marigolds and more photo frames.

Down to the smallest details of this event, everything was themed. From the lighting and music, right to the garnishes of the cocktails and Mexican nachos.

Guests simply ate, drank and partied through the night while being entertained by what can only be described as a unique interactive character. This involved a walkabout act, dressed in full Mexican costume playing tequila games with the guests, later followed by a freaky walkabout character where she staples flowers to herself and is a much weirder ambient character.

Overall, the party was a huge success and would have finished far later had the local council not told us to turn the music down! The client is already considering new themes for this years party.