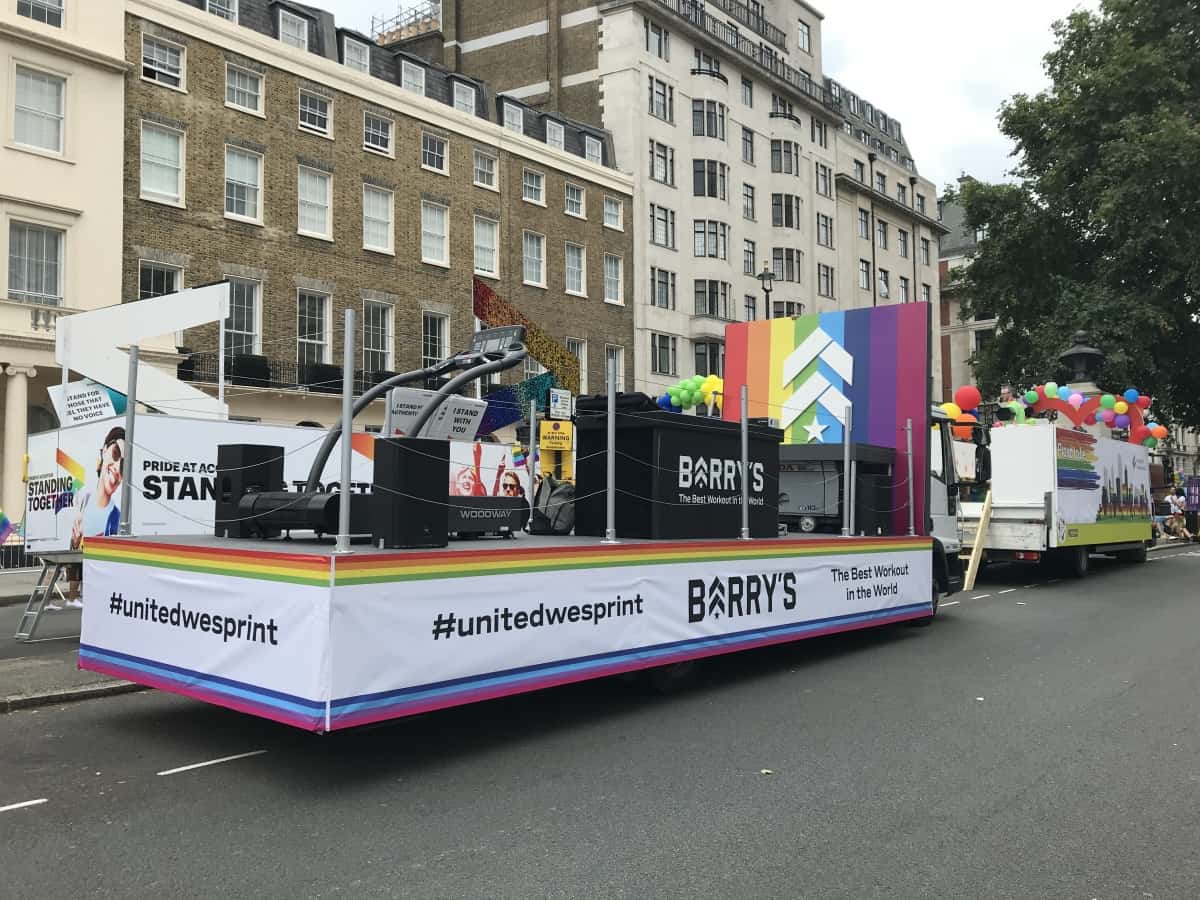 Barry’s Bootcamp at Pride in London 2019

The brief was to create a showstopping float in London’s iconic Pride Parade, with an abundance of rainbow decoration and Barry’s branding. This year marked 50 years since the birth of the modern LGBT+ rights movement, meaning the parade was expected to be even bigger than previous years.

The client provided a vision for what they wanted to create – and then the work began! We designed and built a 10ft high multi-coloured rainbow wall with a 3D glitter Barry’s logo as the focal point for the float. A branded DJ booth allowed the resident Barry’s DJ to spin the best tracks, and a treadmill on the back of the float finished off the design (which was used whilst the float was moving!)

The day started with the float arriving in central London amongst a colourful array of floats – the streets of London were awash with colour from the numerous floats arriving. The final finishing touches were made to the float, before the Barry’s team arrived and the music started.

This was a complex and challenging project, as Pride in Londons regulations need to be adhered to at every stage. The end result was an extremely proud moment, as our team watched the float finish the parade in the prime spot as the last float – and it was by far the loudest! Watching thousands of people squat along with the Barry’s team in the middle of Piccadilly Circus was the ultimate highlight!